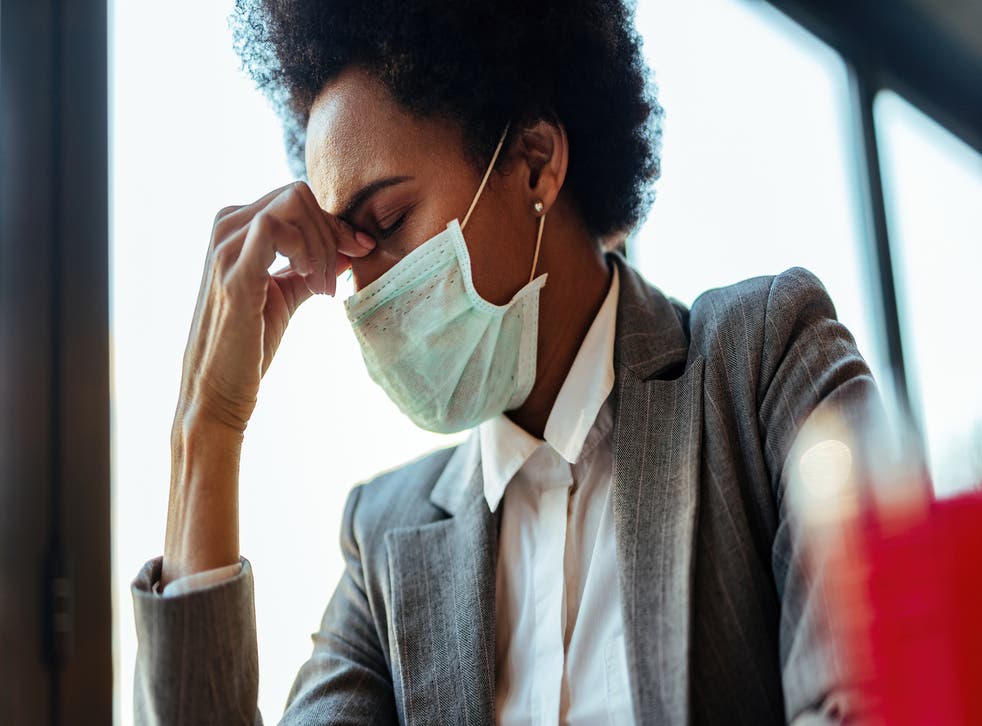 Scientists have invented a wearable sensor that warns when someone is approaching burnout.

Engineers at the Swiss Federal Institute of Technology Lausanne (EPFL) and biotech start-up Xsensio have created a tool that measures stress by checking levels of the hormone cortisol in a person’s sweat.

In a study published in the journal Communications Materials, researchers said they had developed stress-monitoring tech in the form of a wearable patch.

The device, designed to be worn on the upper arm, consists of a transistor and a graphene electrode, and contains special molecules that bind with cortisol in sweat so it can be measured.

Our levels of cortisol have their own circadian rhythm, meaning that our cortisol levels are normally at similar levels at the same times of day.

Normally cortisol spikes about 30min after we wake up and is lowest at night.

“Sustained stress can disrupt this rhythm and results in an abnormal increase of cortisol level,” the study authors wrote, adding that high and low levels of cortisol “are implicated in physical and psychological disorders”.

The engineers behind the sensor said it was an “excellent candidate” for being integrated into next-gen wearable tech.

Some research suggests that working from home is causing us to feel more stressed than ever.

During the first lockdown, more than half of UK workers reported feeling more anxious and stressed while working from home.

Research by the professional networking site LinkedIn, in partnership with the Mental Health Foundation, found that 56 per cent of 2,000 adults surveyed said their mental health had deteriorated since lockdown began on 23 March.

The poll also revealed that on average, Britons have been working 28 hours of overtime per month – the equivalent of four extra days.

One of the top concerns among workers was the fear of being made redundant when lockdown is lifted.

As you know, stress is a very common symptom in humans, and they often cause a lot of serious consequences, keep yourself a good mind and you can also relieve stress with products ours.