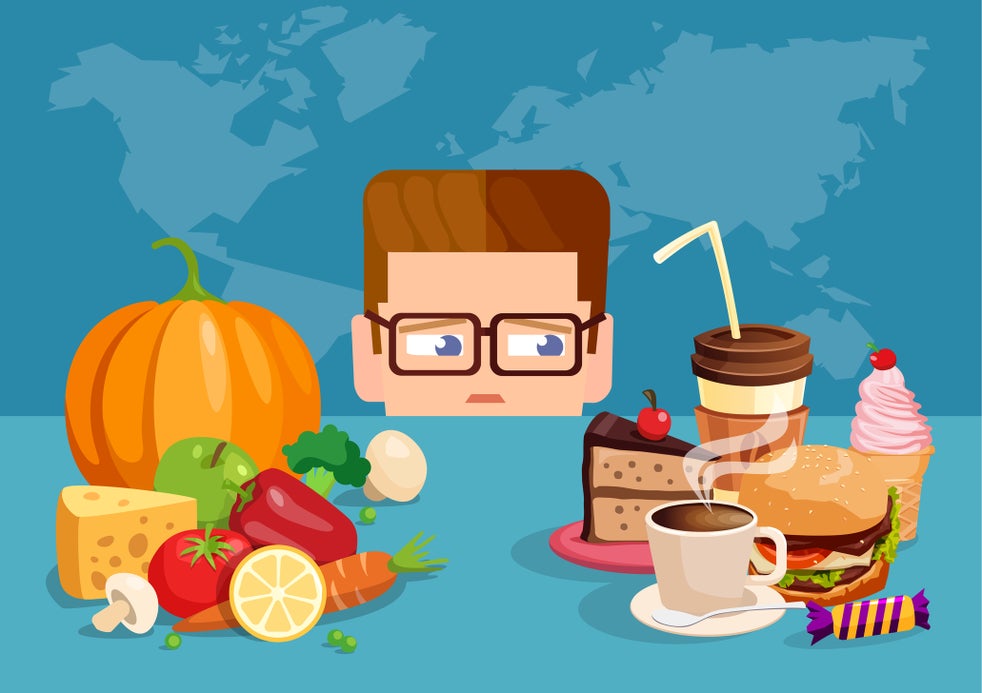 Not long ago, Stephen Loy had a lot of healthy habits. He went to exercise classes three or four times a week, cooked nutritious dinners for his family and snacked on healthy foods like hummus and bell peppers.

But that all changed when the pandemic struck. During the lockdowns, when he was stuck at home, his anxiety levels went up. He stopped exercising and started stress eating. Gone were the hummus and vegetables; instead, he snacked on cookies, sweets and Lay’s crisps. He ate more fried foods and ordered takeout from local restaurants.

“We were feeding the soul more than feeding the stomach,” says Loy, who lives in Baton Rouge, Louisiana, and is the executive director of a tech incubator. “We were making sure to eat things that made us feel better – not just nutritional items.”

Now a global survey conducted this year confirms what Loy and many others experienced firsthand: the coronavirus pandemic and resulting lockdowns led to big changes in health behaviours, prompting people to cut back on physical activity and eat more junk foods. It drove anxiety levels higher and disrupted sleep. And those who are obese, who already face increased health risks, may have fared the worst, the researchers found. While they tended to experience improvements in some aspects of their diets, such as cooking at home more and eating out less, they were also the most likely to report struggling with their weight and mental health.

The findings, published in the journal Obesity, offer a cautionary lesson for many of us as coronavirus cases continue to surge and renewed calls for lockdowns and other restrictions again take hold. With months to go before a vaccine becomes widely available and we can safely resume our pre-pandemic routines, now might be a good time to assess the healthy habits we may have let slip and to find new ways to be proactive about our physical and mental health.

The study, carried out by researchers at the Pennington Biomedical Research Centre in Louisiana, surveyed almost 8,000 adults across the globe, recruiting people from 50 countries and every state in America. The researchers found that the decline in healthy behaviours during the pandemic and widespread lockdowns was fairly common regardless of geography.

“Individuals with obesity were impacted the most – and that’s what we were afraid of,” says Emily Flanagan, an author of the study and postdoctoral fellow at Pennington. “They not only started off with higher anxiety levels before the pandemic, but they also had the largest increase in anxiety levels throughout the pandemic.”

The findings shed light on exactly how people altered their routines and behaviours in response to the lockdowns that were ordered in countries around the world this year to slow the spread of the virus. The pandemic disrupted everyday life, isolated people from friends and family and spawned an economic crisis, with tens of millions of people losing jobs or finding their incomes sharply reduced.

Flanagan and her colleagues assumed that many people were experiencing enormous levels of stress. But they were not sure how the pandemic and stay-at-home orders were impacting how people slept, how much they exercised and what they ate. So they devised an extensive survey and recruited people on social media to answer questions about how their mental and physical health had been affected.

“This was such a drastic and abrupt change to everyone’s daily life that we needed to see what was going on,” says Flanagan. “We wanted to put some data to the anecdotal behaviours we were seeing.”

From April to early May, about 7,750 people, most of them from the United States but also from countries like Canada, Australia and Britain, completed the survey. The average age of the respondents was 51, and a majority were women. Based on their body mass indexes, about a third of the people were overweight, a third were obese and a third were considered normal weight.

The researchers found that most people became more sedentary, which they say was probably related to less daily commuting and more time spent indoors. But even when people did engage in structured exercise, it tended to be at lower intensity levels compared with before the pandemic. Many people also said they had given in to their food cravings: consumption of sugar sweetened beverages and other sugary snack foods, for example, went up.

There were some bright spots in the findings. About 17 per cent of the study population lost weight during the pandemic; perhaps not surprisingly, they tended to be people who increased their physical activity levels and improved their diets. And despite snacking on more junk foods, many people showed an increase in their “healthy eating scores”, a measure of their overall diet quality, which includes things like eating more fruits and fewer fried foods. The researchers say that the overall improvements in diet appears to be driven by the fact that the lockdowns prompted people to cook, bake and prepare more food at home. Other recent surveys have also shown a sharp rise in home cooking and baking this year, with many people saying they are discovering new ingredients and looking for ways to make healthier foods. 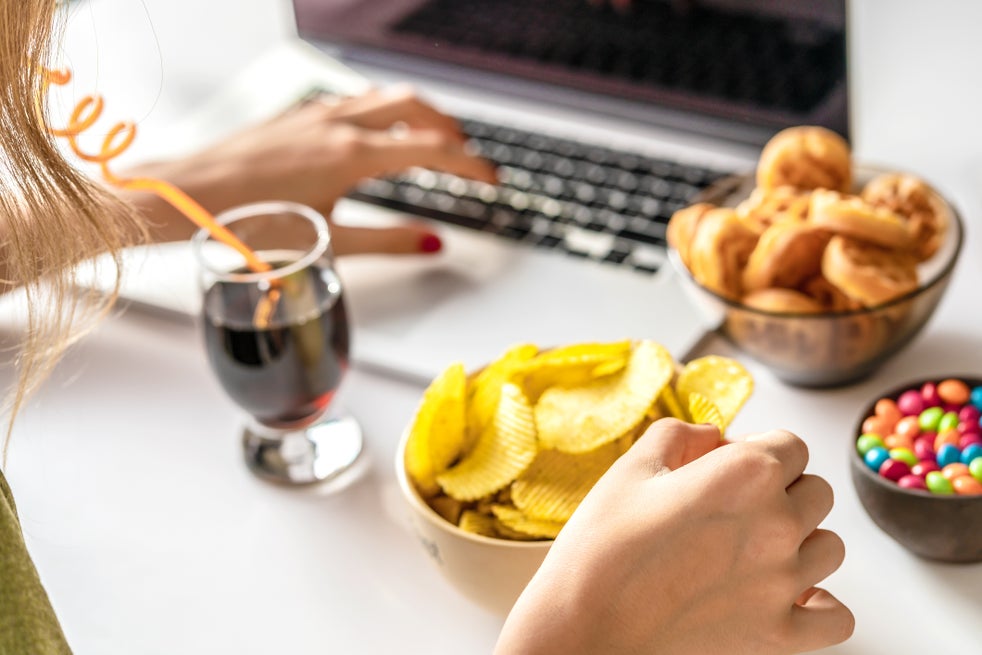 But social isolation can take a toll on mental wellness, and this is evident in the findings. On average, people reported significantly higher anxiety levels. About 20 per cent said that their symptoms, such as experiencing dread and not being able to control or stop their worrying, were severe enough to interfere with their daily activities. About 44 per cent of people said that their sleep has also worsened during the pandemic. People on average reported going to bed about an hour later than usual and waking up roughly an hour later than usual. Only 10 per cent of people said that their sleep had improved since the pandemic began.

The greatest spikes in anxiety occurred among people who are obese. It was unclear why exactly, but one reason may have been concerns about the virus. The survey took place at a time when studies were first beginning to show that excess weight puts people at a much higher risk of being hospitalised with Covid-19. “We don’t have data to back this up, but our hypothesis is there was a lot more anxiety about their own health,” Flanagan says. “A heightened fear of the virus would most certainly increase their anxiety levels.”

Flanagan says it was perhaps not surprising that people tended to engage in less healthful habits during the pandemic, as so many aspects of health are intertwined. Stress can lead to poor sleep, which can cause people to exercise less, consume more junk foods and then gain weight, and so on. But she says she hopes that the findings might inspire people to take steps to be more proactive about their health, such as seeking out mental health specialists, prioritising sleep and finding ways to exercise at home and cook more, in the event of future lockdowns.

“Being aware of how our health behaviours change during these stay-at-home orders could help us combat that if another lockdown is enforced,” she says. “Being aware is really the No 1 thing here.”

As you know, stress is a very common symptom in humans, and they often cause a lot of serious consequences, keep yourself a good mind and you can also relieve stress with products ours.